In our first post of this series, we talked about revelation—about how God reveals Himself to us through Scripture. In this article, we’ll talk about the second word, inspiration.

Today, we often hear people say, “I was inspired” or “That was inspired!” to describe everything from poetry to design to cooking to authors’ quotes to football passes and more. The word inspired has become devalued in our generation. 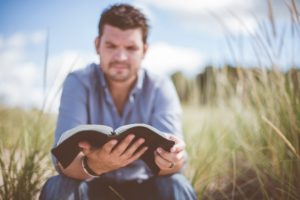 But when it comes to the Bible, inspired or inspiration means something much different. Literally, the original language means “breathed out.” It means God-breathed.

Inspiration is the process by which God breathed the Scriptures through human authors using their unique styles, personalities, and life experiences.

In contrast, when I was growing up, I was taught that inspiration meant that the authors of Scripture went into some kind of holy trance. They were totally passive in the process of writing; God gave it to them by dictation. At the end of it, they woke up, and went, “Wow! What do you know? That’s a really cool letter I just wrote. I think I’ll mail it to the Ephesians because they really need to hear this.”

Somehow, I learned that to acknowledge any human role in the writing of Scripture diminished the quality of Scripture because that took away from God’s Word. When I began to study the Scriptures seriously, though, I found out that the process was much different.

For instance, why are there four Gospels? Because they were written by four different people for different audiences and with different goals.

Mark’s Gospel contains a lot of action. It’s as if Mark pictured his audience with remote control in hand: These are Romans, and they were weaned on gladiators and the coliseum, so I can’t go too deep. If I’m going to hold their attention, I’ve got to write action. So even though it’s shorter than the other Gospels, Mark contains more miracles than the others. It’s a profoundly powerful Gospel.

Luke, a medical doctor, wrote the Gospel of Luke as well as the book of Acts. His account of Jesus’ life is orderly and detailed. His purpose is clear. He wanted his audience to know about Jesus Christ. If you’re like me, you want medical doctors who are conscientious, who didn’t cut classes in med school, who keep up on journal articles and new procedures, and who know how different medicines are going to interact. Luke’s Gospel is the most chronological and orderly. He’s my kind of medical doctor.

Unlike Luke, John did not have a formal education. He was a fisherman, a common man. He taught with about a sixth-grade vocabulary in Greek. He had a different audience, and he wrote for them.

God used the authors of Scripture, their backgrounds, their strengths, even their personalities to create the Bible. 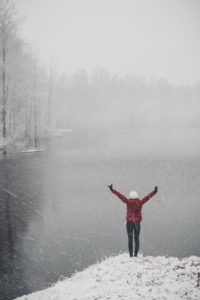 First Timothy 3:16-17 tells us that “all Scripture is breathed out by God and profitable for teaching, for reproof, for correction, and for training in righteousness, that the man of God may be complete, equipped for every good work.”

And what was the result? The Bible is a collection of 66 books, from 40 plus authors from three different continents, using three different main languages, writing over a period of 1500 years.

And yet, in that book, we have received one unified message that hangs together beautifully without error in the original manuscripts. No other book or collection of books can make such a claim, and no other book has transformed the lives of millions of people throughout history. Inspired!

Phil Tuttle is president and CEO of Walk Thru the Bible.