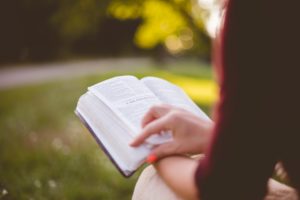 Do you sometimes hear words in Christian circles that are unclear or confusing? Oftentimes those words relate to the Bible itself: how it came to be, how it was put together, how God uses it, and more. As we study and grow in our knowledge of the Bible, it’s helpful for us to understand five words in particular: revelation, inspiration, canonization, illumination, and preservation.

In this post, we will focus on the first word, revelation.

Revelation is the process by which God supernaturally makes known that which could not otherwise be known.

God is, in His essence, relational. He is three in one—the Father, the Son, and the Holy Spirit. Between the three, there is communication, intimacy, and fellowship. God is 100 percent complete in Himself. So, given that completeness, why would He create humans?

Rather than all the animals, all the plant life, all the planets that He spun into orbit, God desired a relationship with humans. God was not lacking anything, and yet He wanted to share who He was with someone else, someone He could connect with and who could comprehend Him.

So He entrusted to Adam and Eve a uniqueness above all the rest of creation. And then God Almighty, the Most High, revealed Himself to humankind.

There are three ways He has done that. Let’s take a look at them.

For the wrath of God is revealed from heaven against all ungodliness and unrighteousness of men, who by their unrighteousness suppress the truth. For what can be known about God is plain to them, because God has shown it to them. For his invisible attributes, namely, his eternal power and divine nature, have been clearly perceived, ever since the creation of the world, in the things that have been made. So they are without excuse. For although they knew God, they did not honor him as God or give thanks to him, but they became futile in their thinking, and their foolish hearts were darkened. Claiming to be wise, they became fools, and exchanged the glory of the immortal God for images resembling mortal man and birds and animals and creeping things. (Romans 1:18-23)

Before Jesus came to earth, even before the prophets, in the beginning, God revealed His power and glory through creation. Since then, God’s glory has been seen “in the things that have been made, so they are without excuse.” 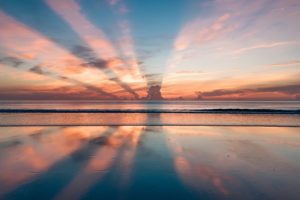 Creation was not random. It is so complex; it must have been caused by a superior being. Was creation done in six days or longer? I’m less concerned with that than I am with Who did the creating.

Innate in all of us is the idea that there has to be something beyond us. God made people in His own image, but what have we done ever since? We continue to construct gods in our own image. Yet, God has revealed Himself to us all through creation, and as Paul says, there is no excuse for not perceiving His eternal power and divine nature.

Personal revelation means God actually showing us Himself specifically. There are a number of times when this happened in Scripture.

For example, in Exodus 33-34, when Moses was on Mount Sinai, God passed by him. When Moses came back down the mountain, his face was glowing, because he had personally been with God. The people were afraid. After that, whenever Moses met with God, he would wear a veil over his face.

And when Jacob wrestled with an angel, many scholars believe that the angel was actually a pre-incarnate appearance of Jesus Christ.

God continues to reveal Himself today as well. One exciting way is that, in many places throughout the world, God is confirming His existence to individuals through powerful visions. Those visions help bring many people to faith, especially in severely persecuted countries.

Hebrews 1 tells us that long ago, God spoke through the prophets, but now, God has spoken to us through His Son, “whom he appointed heir of all things, through whom also he created the world.” God’s Son, Jesus Christ, was there at the beginning. And then He came to earth to dwell among us.

One Christmas season, I was speaking at my parents’ church when a woman came up to me. She told me about her son, who was four or five years old. “Last night we were praying before bed and he’s staring all around the room while we’re praying. He usually closes his eyes and bows his head. So I said, ‘Honey, what are you doing? Are you thinking about God?’”

And her son replied with this great theology. He said, “Yes, Mom, I believe that He’s here, but just once, I wish He’d put on some skin.”

Her son was on to something; that’s exactly what He did. God who is spirit put on skin and dwelled among us and “we have seen his glory, glory as of the only Son from the Father full of grace and truth.” God revealed Himself through appearances but ultimately through the incarnation of Jesus Christ.

This refers specifically to the Scriptures, the Word of God. Deuteronomy 29:29 says, “The secret things belong to the Lord our God, but the things that are revealed belong to us and to our children forever, that we may do all the words of this law.” 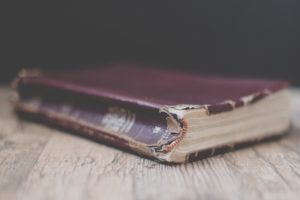 Scripture is unique. It is not like any other book. And what God reveals about Himself in it belongs to us forever. No one can take it away or explain it away.

One of my seminary professors, Leland Ryken, who taught literature, used to say this again and again: “I just tell people to read the Bible like you’d read any other book, and you’ll soon find out it’s like no other book.”

I would issue that same invitation to anyone, even the most hardened atheist, because Scripture is powerful.

Why would God choose to make Himself known to us? Because He’s relational. He wants us to know Him, and He does that through three types of revelation.

When we take Him up on it, we learn that the Bible changes everything.

Look for the next post in this series, “The Five Words Every Bible Lover Must Know.”

by Phil Tuttle, president & CEO of Walk Thru the Bible