The Parable of Parables: What Kind of Soil Are You?

I remember hearing it as a child but years later, as an adult, I was surprised to find another layer I didn’t know existed. Some call it the parable of parables. In one sense, it’s simple, but it’s also profound—a beautiful passage from God’s Word about God’s Word.

When Jesus began His public ministry, He preached with great authority and creativity. The common people loved Him; He spoke their language. Not only had there never been a rabbi like Jesus before, He was also a miracle worker. Whenever He came to town, word spread quickly. 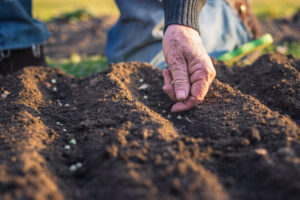 One day, a great crowd had gathered, and Jesus began to teach using a method that was common for Him. He told a parable, an earthly story with a heavenly meaning. This parable, in Luke 8:4-9, is a seemingly simple story of the seed, the soil, and the sower.

Tell Us a Story
4 And when a great crowd was gathering and people from town after town came to him, he said in a parable, 5 “A sower went out to sow his seed. And as he sowed, some fell along the path and was trampled underfoot, and the birds of the air devoured it. 6 And some fell on the rock, and as it grew up, it withered away, because it had no moisture. 7 And some fell among thorns, and the thorns grew up with it and choked it. 8 And some fell into good soil and grew and yielded a hundredfold.” As he said these things, he called out, “He who has ears to hear, let him hear.” 9 And when his disciples asked him what this parable meant, 10 he said, “To you it has been given to know the secrets of the kingdom of God, but for others they are in parables, so that ‘seeing they may not see, and hearing they may not understand.’

Jesus’ disciples knew the parable had deep meaning but they did not understand it, so they asked Him what it meant. Jesus explained that a parable has two purposes. For some it reveals truths. If your eyes and heart are open, suddenly you can see it clearly. But those who don’t believe can’t understand, because they might be antagonistic, hard-hearted, or not ready for the truth it reveals.

Jesus’ explanation sets the pattern for how to understand all the other parables: they not only reveal but they also conceal. It all depends upon the soil.

What Kind of Dirt?
Verse 11 says that the seed represents the Word of God. The Bible is not only a book but it is also God’s spoken Word. He is revealing Himself to us. When God’s Word goes out, it lands on hearts that may or may not receive it, much like the conditions of the soils in Jesus’ parable.

Hard soil. Plots of land for gardens were small with paths between them so farmers could get to their land without trampling on someone else’s. To plant, they would take handfuls of seed and toss them in the soil. They would get as close as possible to the borders of their plot, so some seeds would bounce on the hard path between the garden plots. But those seeds would not offer a yield or harvest because the soil is too hard for them to germinate. Similarly, people with hard hearts do not receive the Word. The seed cannot take root in them.

Rocky soil. Rocky soil looks good from above, because it’s covered with a little topsoil but underneath, there’s only rock. People with rocky soil receive the Word with joy. They believe for a while but, having no root, they fall away in times of testing. The seed germinates but the roots can’t penetrate the rock. Ultimately there’s no yield from this type of soil either.

Thorny soil. The third type of soil is good ground, but the thorns in it compete for the same light and water that the seeds need. Similarly, some people hear the Word, but as they go on their way, they’re choked or distracted by the cares and riches and pleasures of life, and their fruit does not mature.

Good soil. In good soil, seeds take root and grow. They produce a harvest that blesses the farmer and his family and others too. When these people hear the Word of God, it takes root and grows in them. It multiplies in their lives and spreads outward through them. 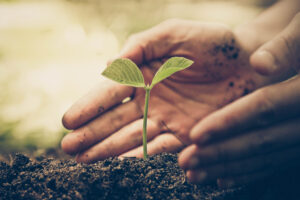 Which kind of soil are you? It’s not a permanent condition but a heart condition, which might change day to day, moment to moment. So I encourage you, when you open the Word or get ready to hear your pastor preach, pray, “Lord, help me to be good soil today.”

Which kind of soil are you? It’s not a permanent condition but a heart condition, which might change day to day, moment to moment.

Second Layer
As disciples of Jesus, we are first and foremost soil ourselves. That’s the first lesson in this profound parable. But there’s another, less obvious layer to point to as well.

In addition to being soil ourselves, we are also sowers or planters of the seed. God calls us to spread the Word of God as liberally as a farmer would cast seed on his land. 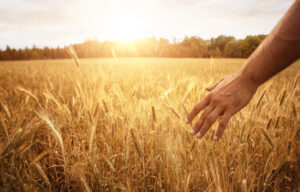 Sometimes, sowing gets discouraging because it doesn’t always work. You don’t always see the fruit. But ultimately, who brings the harvest? We plant, we water, we cultivate, but God is the Lord of the harvest. So, let us sow generously and trust the harvest to God.

*****
Phil Tuttle is president & CEO of Walk Thru the Bible.