Snacking on God’s Word: The Danger of Partial Reading (part 1) 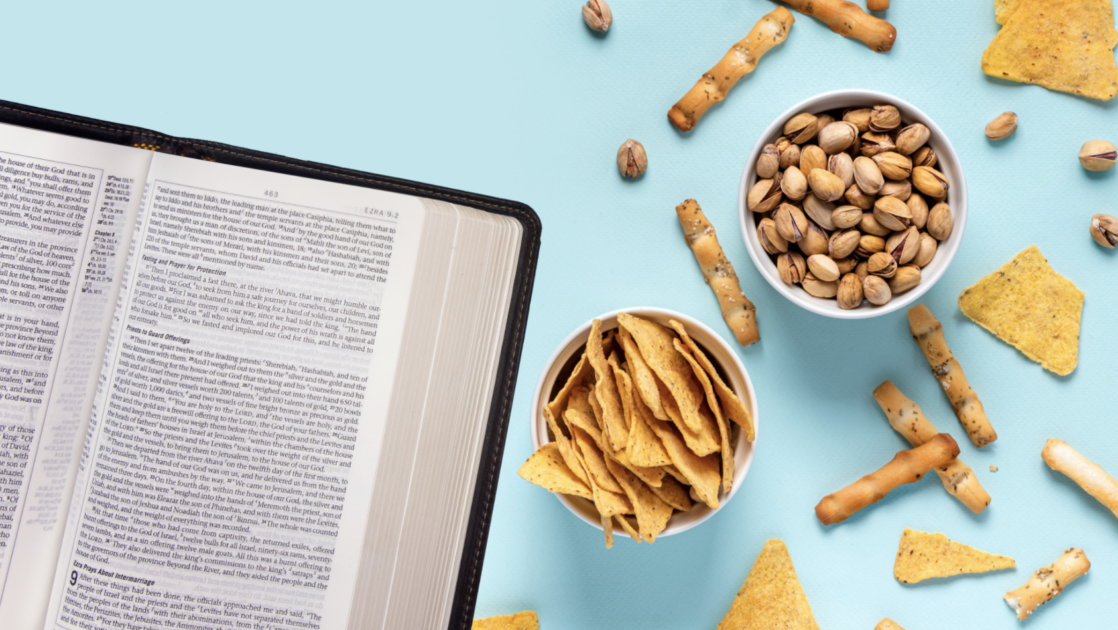 It was our annual birthday trip. My wife and I have birthdays around 45 days from each other, so we often take a weekend trip together to celebrate. We drop our kids off with their grandparents and then head out of town, usually within a few hours of our home. Our destination a few years ago surprised some people: Montgomery, Alabama.

Why Montgomery? Our answer is simple: history. The historic Dexter Avenue runs about six blocks through the middle of downtown Montgomery. On the west end of Dexter Avenue stands the Court Square Fountain—a beautiful ornate fountain in a roundabout.

But back in the 1800s, a wooden platform used for the auction of slaves stood there instead of a fountain. In many ways, the slave trade was rooted in Montgomery. It was their largest industry and source of commerce in the early- to mid-1800s.

Fast forward to 1955. On that same spot, Rosa Parks boarded a bus and refused to give up her seat to a white person. And she was arrested for it.

On the other end of Dexter Avenue stands Dexter Avenue King Memorial Baptist Church, where a young 25-year-old Martin Luther King, Jr., came to pastor. Little did he know that in pastoring that church, he would be thrust into the civil rights movement. The bus boycott that resulted from Rosa Parks’ arrest was organized in the church’s basement. That church stands in the shadow of the Alabama State Capitol, where Jefferson Davis was inaugurated president of the Confederacy in 1861 and where voting-rights marches from Selma culminated in 1965.

The events on that six-block section of road changed the course of American history. It’s a fascinating place, with new venues that prompted my interest in visiting.

One is the National Memorial for Peace and Justice, which memorializes the more than 4,400 men, women, and children who were publicly lynched from the mid-1800s to the early-1900s, often simply because they were black. It’s a heavy place that forces us to remember a very difficult chapter of American history.

The other venue, The Legacy Museum, explores themes of justice and racial inequality from slavery to current events. Even if you don’t understand or agree with all the presentations of current issues, the historical documents throughout the museum telling the story of slavery and segregation in our country are profoundly moving.

The most heartbreaking moment for me was standing under large signs and banners overhead with various quotes, many of them from pastors and evangelical leaders defending racism and segregation. They didn’t just defend it themselves, but they actually used the Bible to back up their positions. Supporters of slavery and segregation used God’s Word to lay the foundation for racism and bigotry.

I remember standing in that place wondering how.

How does one read the Bible and come to the conclusion of the superiority of one race over another? The answer is actually simple: you just find little parts of the Bible that, when removed from the context that gives it meaning, supports the conclusions you have already made.

Defending racism in the pages of the Bible is a perverse and extreme example of what happens when our approach to the Bible is something short of holistic and complete. And yet our tendency to read the Word of God for our own ends is an age-old practice that is perhaps even more prevalent today. We want quick-fix solutions to our problems, support for our opinions, and quotes that make us feel good.

Have we robbed ourselves of the full authority of the Scriptures in our lives?

Bible reading for many people has been reduced to nothing more than a verse of the day approach. We like feel-good verses that look nice on inspiring photos made for social media. Scripture engagement for many people is hearing what others say about the Bible rather than reading it for ourselves. In his book, Saving the Bible from Ourselves, Glenn Paauw writes, “Fragmentary, superficial, and out-of-context readings and misapplications abound. One of the core reasons for our Bible engagement breakdown is that many would-be Bible readers have been sold the mistaken notion that the Bible is a look-it-up-and-find-the-answer handy guide to life.” Reducing our Bible reading to nothing more than an occasional verse that meets a need or answers a question is a risky, slippery slope.

Author Philip Yancey is quoted as suggesting that many of us have diced the sacred Scriptures into nothing more than Bible McNuggets. And then we convince ourselves that a healthy dose of only McNuggets is good for us.

Over the next few blog posts, we will explore developing the habit of full and satisfying Scripture engagement.  For now, take some time to evaluate your own reading of God’s Word.

Are we surviving on little snack-sized nuggets of Bible truth, or are we feasting on the rich, sumptuous, and, at times, challenging fare of God’s Word given for us? Do we want to grow and thrive in our Christian walk, or are we too easily satisfied?

by Michael Gunnin, Walk Thru the Bible’s Chief Growth Officer.