Give Your Fears to Your Father 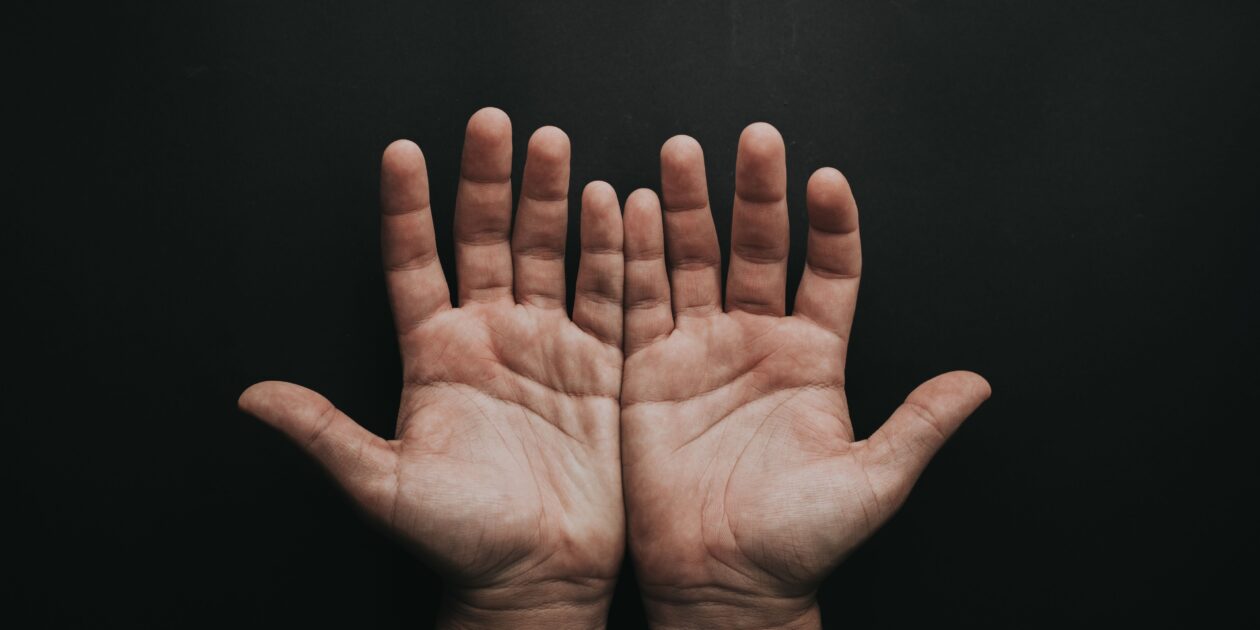 Are you struggling with fear today? Is it the pandemic, a job, food, something else? Are you seeing the size of your worries and not the size of your Savior? I think I can point you in a direction that might help you right-size your fear. I’d like to start with a long look at Jesus. A long look at his face.

It’s the expression of Jesus that puzzles us. We’ve never before seen his face like this. Jesus smiling, yes. Jesus weeping, absolutely. Jesus stern, even that. But Jesus anguished? Cheeks streaked with tears? Face flooded in sweat? Rivulets of blood dripping from his chin? You remember the night. Jesus left the city and went to the Mount of Olives, as he often did, and his followers went with him. When he reached the place, he said to them, “Pray for strength against temptation.”

Then Jesus went about a stone’s throw away from them. He kneeled down and prayed, “Father, if you are willing, take away this cup of suffering. But do what you want, not what I want.” Then an angel from heaven appeared to him to strengthen him. Being full of pain, Jesus prayed even harder. His sweat was like drops of blood falling to the ground. (Luke 22:39–44)

What do we do with this image of Jesus? Simple. We turn to it when we look the same. We read it when we feel the same; we read it when we feel afraid. For isn’t it likely that fear was one of the emotions Jesus felt? One might even argue that fear was the primary emotion. He saw something in the future so fierce, so foreboding that he begged for a change of plans. “Father, if you are willing, take away this cup of suffering” (Luke 22:42).

What causes you to pray the same prayer? Facing a pandemic? Leaving your house? Being in a crowd? Walking into a hospital? Boarding an airplane? Speaking publicly? Starting a new job? Taking a spouse? Driving on a highway? The source of your fear may seem small to others. But it freezes your feet, makes your heart pound, and brings blood to your face.

That’s what happened to Jesus.

He was so afraid that he bled. Doctors describe this condition as hematidrosis. Severe anxiety causes the release of chemicals that break down the capillaries in the sweat glands. When this occurs, sweat comes out tinged with blood. Jesus was more than anxious; he was afraid. Fear is worry’s big brother. If worry is a burlap bag, fear is a trunk of concrete. It wouldn’t budge. How remarkable that Jesus felt such fear. But how kind that he told us about it.

We tend to do the opposite. Gloss over our fears. Cover them up. Keep our sweaty palms in our pockets, our nausea and dry mouths a secret. Not so with Jesus. We see no mask of strength. But we do hear a request for strength.

Oh, how we tend to go everywhere else. First to the bar, to the counselor, to the self-help book, or to the friend next door. Not Jesus. The first one to hear his fear was his Father in heaven. How did Jesus endure the terror of the crucifixion? He went first to the Father with his fears.

Do the same with yours. Don’t avoid life’s Gardens of Gethsemane. Enter them. Just don’t enter them alone. And while there, be honest. Pounding the ground is permitted. Tears are allowed. And if you sweat blood, you won’t be the first. Do what Jesus did; open your heart. And be specific. Jesus was. “Take this cup,” he prayed. Give God the date of the event. Provide the number of the flight. Tell him about the doctor’s appointment. Share the details of the job transfer. He has plenty of time. He also has plenty of compassion. He doesn’t think your fears are foolish or silly. He won’t tell you to “buck up” or “get tough.” He’s been where you are. He knows how you feel.

And he knows what you need. That’s why we punctuate our prayers as Jesus did. “If you are willing . . .” Was God willing? Yes and no. He didn’t take away the cross, but he took the fear. God didn’t still the storm, but he calmed the sailor. Who is to say he won’t do the same for you?

Philippians 4:6 reminds us, “Do not be anxious about anything, but in every situation, by prayer and petition, with thanksgiving, present your requests to God.” Don’t measure the size of the mountain; talk to the One who can move it. Instead of carrying the world on your shoulders, talk to the One who holds the universe on his. Hope is a look away. Maybe you’ve let fear rule your life in the past, but today, give your fears to God. It’s never too late to begin again.