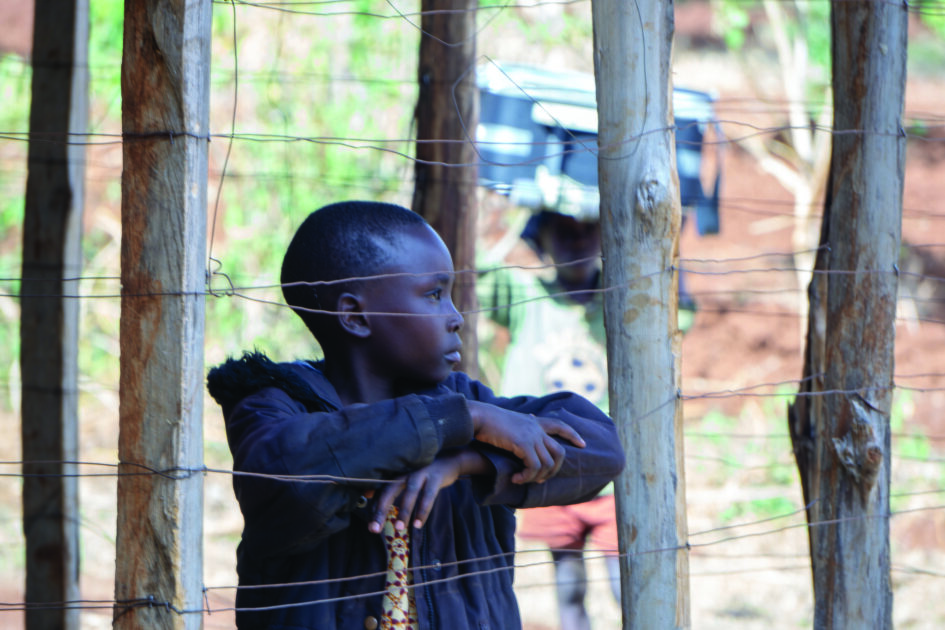 Twenty-four-year-old Hellen knows what it’s like to grow up in the village of Huruma, a slum on the outskirts of Nairobi, Kenya. “I’m from a single-parent family with four girls, and my mom doesn’t have a stable job. Just having a meal to eat every day has been a miracle,” she says. 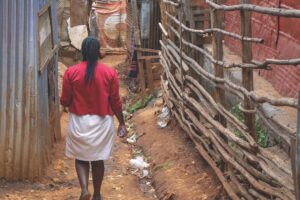 As she walks the dusty, narrow streets surrounding her family’s home in Huruma, Hellen encounters countless young girls whose circumstances resemble her own. “Most of the girls in our village don’t have a father figure,” she says. “They don’t have somebody to tell them they’re beautiful and can achieve things. Most of them end up looking for love and indulging in sexual immorality. They become pregnant at an early age, at around 13 years old. Most use drugs and tobacco.”

Hellen followed a different path. As a teenager, she responded to a youth evangelism initiative by committing her life to Christ. She drew deep encouragement from the Bible, poring over stories of people with challenges every bit as daunting as her own, people who trusted God to come through for them. With the financial support of her church congregation, she defied considerable odds to earn a degree at a local university. After graduation, she answered God’s call to mentor girls back in Huruma.

"Most of the girls in our village don't have a father figure," says Hellen. "They don't have somebody to tell them they're beautiful and can achieve things. Most of them end up looking for love and indulging in sexual immorality. They become pregnant at an early age, at around 13 years old. Most use drugs and tobacco."

“I became an intern with Empower Hope, a ministry that mentors young people,” Hellen explains. Roselyn Mairori, the wife of Walk Thru the Bible’s Regional Director for East and West Africa Stephen Mairori, serves as the executive director of Empower Hope in Kenya. By using Walk Thru the Bible’s live events and biblical resources, Empower Hope mentors lead the young people they serve to the truth of the Bible. “Each mentor has 8 to 10 girls in a group,” explains Hellen. “We talk about different aspects of how they should live.

By teaching the big picture of the Bible through Walk Thru the Bible’s otLIVE and ntLIVE events, Hellen helps young women consider their difficulties from a different angle. “In the Bible you see that people faced challenges, and at some point you think they’re going to give up, but through other people, God came through for them,” she says. “God is using me to come through for these girls. I tell them that He created them and has a purpose for their lives.”

Many of the girls Hellen has mentored are branded “non-readers” because of their low academic level. Discouraged, they’re likely to drop out of school and perpetuate the cycle of poverty and single parenthood that pervades Huruma. “I tell them to look at Jeremiah in the Bible,” Hellen says. “He said he couldn’t do anything, but God touched his mouth and put words on his tongue. Whatever God says is going to be.”

Pastor Sammy, who leads a church in Huruma, says that Walk Thru the Bible’s live events and biblical tools have “opened the eyes of young people and helped them reflect on their lives. They’ve built a lot of confidence in young girls.” He estimates that the Bible teaching he provides as part of Empower Hope’s program has influenced one out of every four girls in a community of 2,500 people. “There are a lot of young girls who have told us that they wouldn’t have had a child too young if this teaching had been available earlier,” he says. “But not one girl who has joined our program has had a child outside of marriage since then. I thank God because I can see there is hope.”

In the mountains of western Kenya, Empower Hope’s local leaders have used Walk Thru the Bible’s biblical events and resources in similar ways. Pastor Sammy helps run weeklong camps to disciple girls at risk of early pregnancy, marriage, and dropping out of school. “Most of our girls were in turmoil; no one saw any value in them,” he says. “They had no one to encourage them. Walk Thru the Bible has been one of the best ways to teach the Bible and tell them that God has plans for their future. They learn how God has been moving since the days of the Old Testament. As a result, many of them turn their lives over to Jesus.”

“Most of our girls were in turmoil; no one saw any value in them,” says Pastor Sammy. “They had no one to encourage them. Walk Thru the Bible has been one of the best ways to teach the Bible and tells them that God has plans for their future. They learn how God has been moving since the days of the Old Testament. As a result, many of them turn their lives over to Jesus.”

In some cases, the girls’ newfound faith enables them to remain hopeful in the face of adversity. Especially in rural areas, many are forced to drop out of school and get married so their parents will receive a dowry and achieve greater economy stability. For others, learning biblical truth equips them to avoid the path traveled by many of their peers.

Joy, a 14-year-old who recently participated in Empower Hope’s mentorship program, says that Walk Thru the Bible has encouraged her “to read the Bible more and go deeper and deeper into the content.” She sees the consequences in the lives of friends her age when they’re untethered from biblical truth. “They face peer pressure,” she says. “Their friends will influence them to have a boyfriend, and they drop out of school. Girls my age have early marriages and pregnancies.” She wishes that each one had the opportunity to learn what she’s learned. “If some of them were introduced to Walk Thru the Bible, they would make some changes,” she says. “They need self-esteem, and good self-esteem comes from the Bible. If a girl reads the book of Esther, for example, she’ll read about how Esther had self-esteem and helped her people. That girl will know she has opportunities to change her life. She’ll see that the Bible tells us to come to God and change our behavior.”

“Empower Hope’s program gave me joy in my heart,” says Cynthia, a 14-year-old orphan who lives with her aunt in the same region as Joy. “Walk Thru the Bible helped me to understand the Bible better.” After receiving Walk Thru the Bible’s teaching, she set out to spread a message of hope to her peers. “Walk Thru the Bible helped me have courage to spread the Word of God,” she says. “I like encouraging others that God is for all people.” Joy agrees, saying, “I encourage people who have never gone to church. I tell them God is the Savior and the Creator who knew them before they were born.”

Joy reflects on Walk Thru the Bible’s potential for future impact in the lives of girls like her and Cynthia. “I’m hopeful for the future of Kenya because the girls who are taught Walk Thru the Bible here will go out and teach people to come to God.” 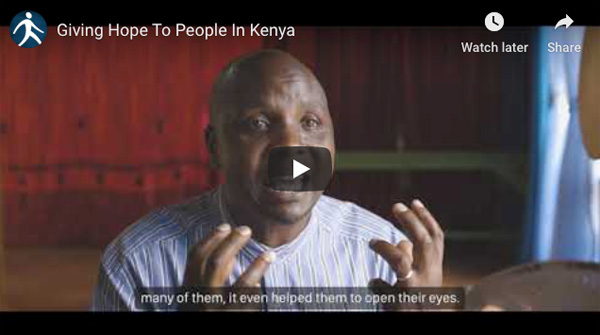